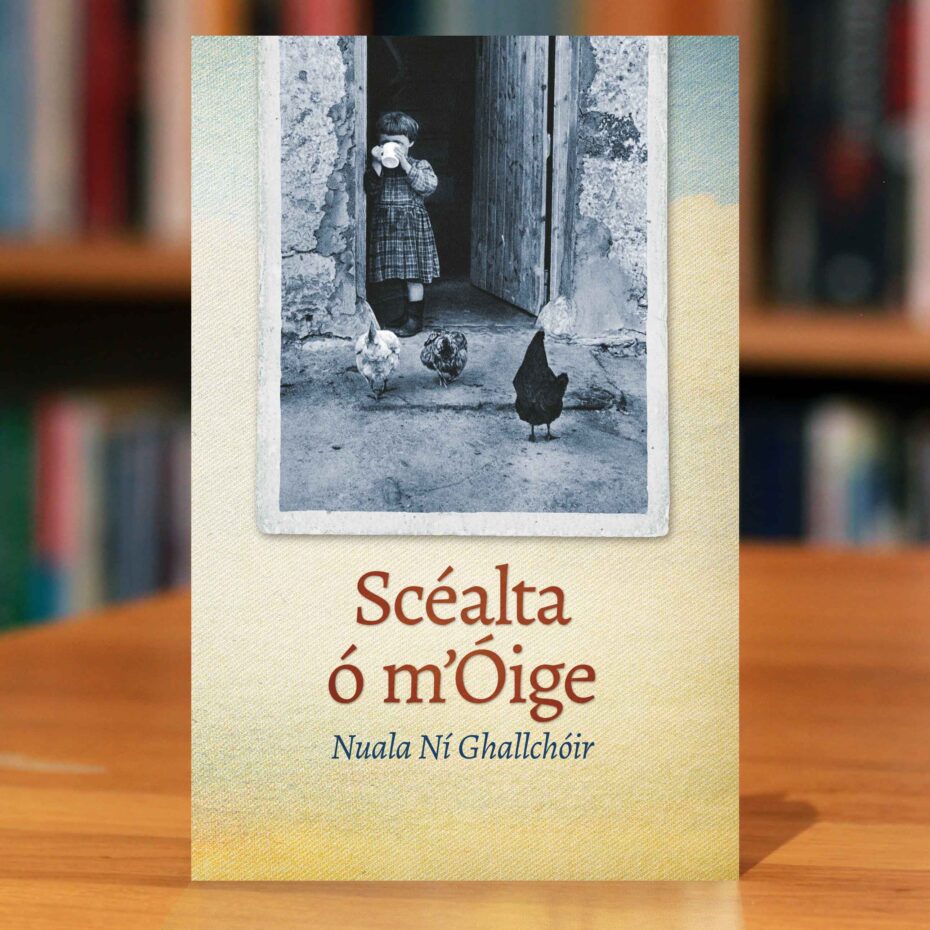 A beautiful collection of stories that allow us see the world through the eyes of a child’s imagination. Nuala Ní Ghallchóir focuses on details that take us back to those happy moments where life was simpler and carefree. Nuala describes her life growing up in the Donegal Gaeltacht in the middle of the last century, and how things changed for them when the family moved south to Roscommon. Her prose is full of idioms and written from a treasure trove of rich Irish.

Nuala Ní Ghallchóir from Gaoth Dobhair was a former primary school teacher. She was the daughter of the writer Muirghein (Pádraig Ó Gallchobhair) who wrote the book The Casting of the Waves republished by Evolution, 2017.
Nuala was raised in Gaoth Dobhair in the 1930s. When her father became a primary school inspector, the family moved to Roscommon, then to Galway, and then to Dublin, where she later spent most of her life. Nuala would return to Donegal every year and had a strong connection with the town and the people of the Gaeltacht, which she describes passionately about in this collection of stories.