This collection of short fiction is considered by the Irish Times as one the best Irish language books of the year. Stories of women contending with forces of disempowerment that hold them back in a world that is not always just or fair. The wish for personal freedom compels many of the characters in this collection to fight for their physical, artistic and spiritual liberation. Violence, betrayal, destitution and emigration are some of the challenges they face. Each story is driven by a wish to understand and a love that is ingrained in each of the characters. The stories are lyrical in tone and delivered in a voice that hints that there may be more happening beneath the surface.

beautifully written and sometimes poetic, with a variety of credible and sympathetic characters struggling with life around the stormy Donegal coast

.Máire Dinny Wren is a poet and short story writer from the Donegal Gaeltacht of Gaoth Dobhair. Her poems and stories have been published in literary magazines like Comhar, An tUltach, An Gael, Irish Pages, North West Words and Feasta. Máire was awarded the Foras na Gaeilge Award at the Listowel Writer’s Festival in 2010 for her short story ‘Ag Téarnamh chun Baile’. An audio production of the story ‘Thar an Tairseach’, which was broadcast on RTÉ Radio 1 on St. Patrick’s Day 2013, was shortlisted for the Best Radio Drama at the Prix Europa in Berlin i 2013. The story ‘Cosmhuintir’ was awarded the prize at the Flash fiction competition run by The Irish Writers’ Centre, IMRAM and Books Ireland i 2015. Four stories by Máire appear in the collection Go dtí an Lá Bán, a published by Éabhlóid i 2012. Coiscéim published her first poetry collection, Ó Bhile go Bile, in 2011. Go mbeinnse choiche saor is her first collection of short stories. 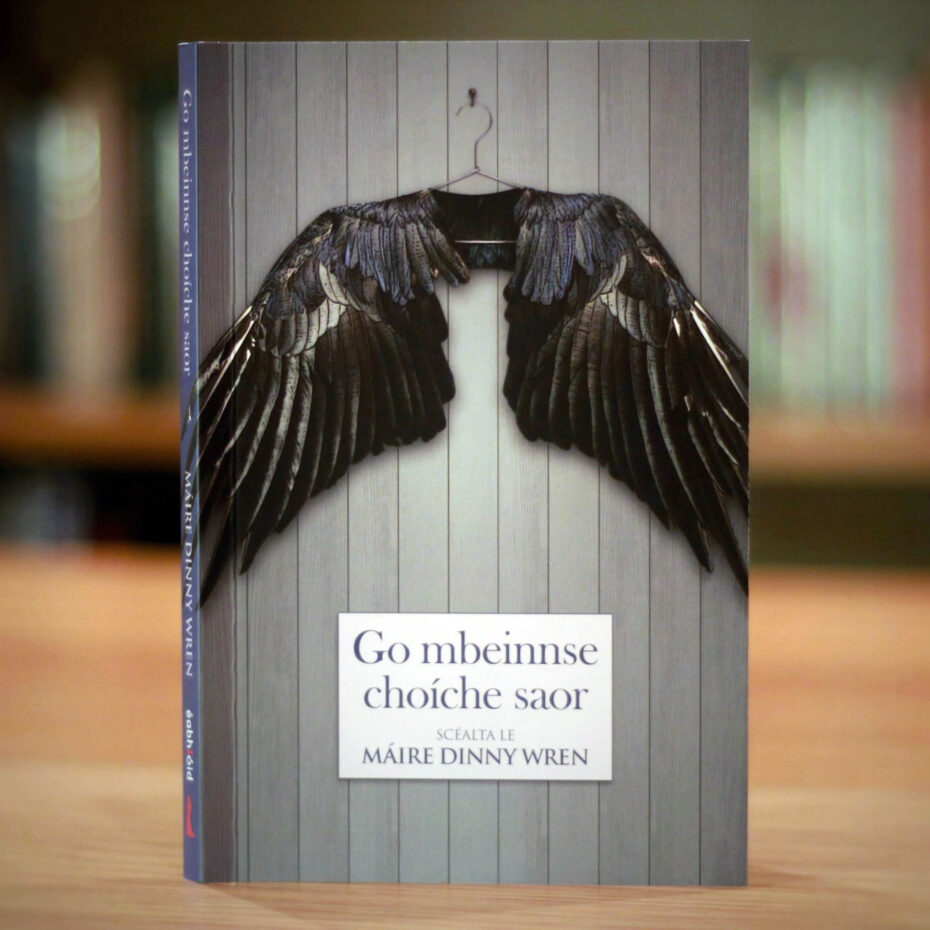